Taking out the top spot on last weeks Te Ahi Top 10 is Imperial April with their song ‘Everything Is Okay’. Imperial April is the solo project of Victoria Knopp, who is also part of the local band The Response.

‘Everything Is Okay’ is a guitar-driven ballad about not getting caught up in expectations. We caught up with Victoria to chat about forming a new project, working with multiple bands as well as her production process.

Hey there! Congrats on taking out the top spot on this week’s Te Ahi Top 10 with your track, ‘Everything Is Okay’. Can you tell me a bit more about who you are and what you do?

Thank you! Really stoked, was a great surprise. My name is Victoria and I’m the vocalist/bass player for Imperial April. I write, produce and record the songs with Andy Knopp of The Response (my other band), all from our home studio in Christchurch. We’ve made most of our music videos there too.

So, Imperial April was born out of re-formatting songs that didn’t quite fit for your other project ‘The Response’. Can you tell me more about the decision to take start up a new identity?

We had written a couple of songs, including Everything Is Okay, that I particularly liked that just weren’t right for The Response, which is a bit more sample-based and uses lots of synths and things. This song was really the tipping point for me, I liked it enough to want to get out of my comfort zone and have a go at singing, get my electric bass out again and lean into the influence that 90s pop-rock and grunge, and new wave have had on my musical tastes. I’ve always loved guitar music so it’s great to be back making music like that again.

Now that you’re involved in multiple projects, can it get overwhelming deciding what song fits where? How do you go about deciding on where the song will be used?

We write heaps of songs, and we work with lots of other acts on their songs too, you just get a sense of what is right for a project, and can shape a song a lot with production and instrumentation. Imperial April is a bit theatrical, a bit sarcastic, a bit fun, it’s kind of a caricature of me somedays in a way, so I know which songs I think fit that. There are plenty of others hiding away on hard drives that have come to mind when I’m trying to get to sleep that I’m sure I’ll have a go at looking at for this band in the future.

Do you think starting Imperial April has granted you a bit more flexibility with your songwriting?

It’s certainly given us more flexibility around the songs we write that other people get to hear. Oh, actually we probably wouldn’t have written a whole EP of Christmas songs without Imperial April, so I guess it has! We’ve always been pretty broad in our writing and focus that, or recontextualise it through the production.

‘Everything Is Okay’ is quite a reflective and introspective song, can you tell me more about the meaning behind it?

I think it’s really easy to go through life trying to live up to expectations, whether they’re from you or others, or not even really there at all, and sometimes you don’t even realise it or how it’s making everything duller for you. Life can be going fine but something can still be off.

Tell me more about your overall production process? How do you go about putting a track together?

We start like most people seem to, singing along in gibberish while strumming a guitar until something hits you emotionally. Then it’s about teasing out lyrics from the swamp, which doubles as a great self-therapy session. We record as we go, which is the great thing about home studios. The downside of home studios is you can always spend another hour or five on that guitar tone. Knowing when to call a song ‘done’ is a special skill.

Do you have any live performances planned for Imperial April in the near future?

We do! But we’re having to keep tight-lipped on that right now in case the shows can’t go ahead due to Covid. Got a couple of really cool shows over summer we’re keeping all our fingers crossed for.

Have you got any new music on the horizon?

Sure do, we’ve got the rest of our album heading your way. Watch this space!

Coming up with another video clip for our next single I suppose. We’re actually working on a lot of music for both our own musical projects and a number of other people’s, it’s a pretty exciting time!

You can listen to ‘Everything Is Okay’ below!

Tagged as Everything Is Okay Imperial April The Response Victoria Knopp 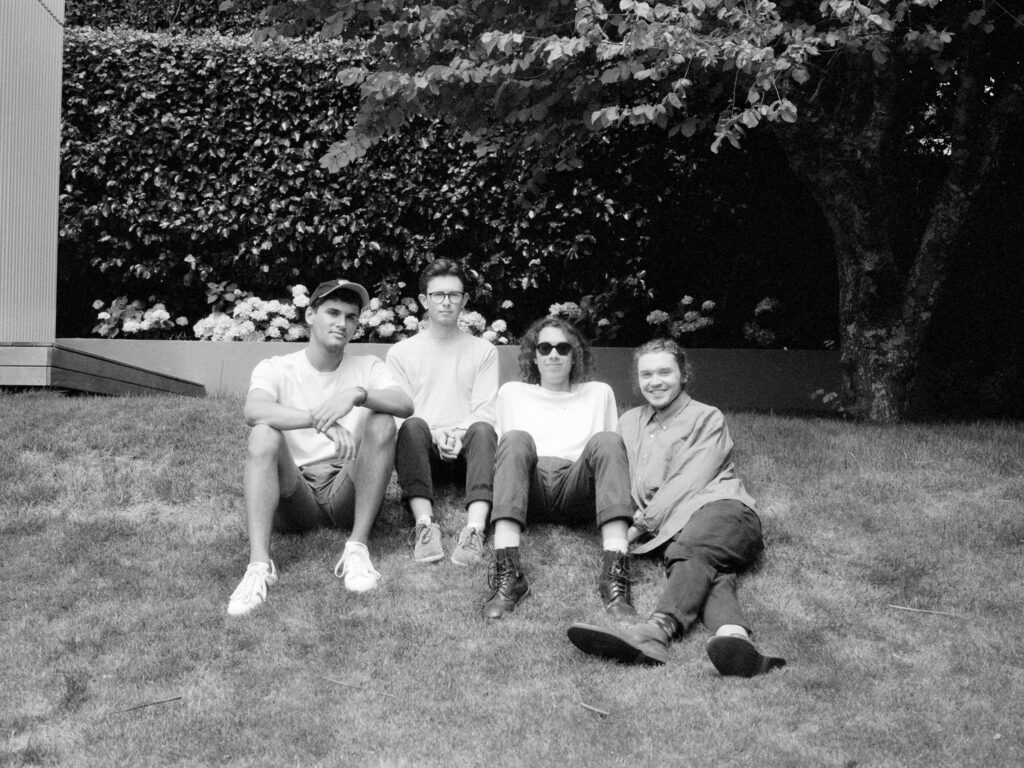