Taking out the top spot on last weeks Te Ahi 10 was the currently Christchurch based Keepsakes, with his song ‘Club Rats’. Offering up a unique range of dark and dirty techno, Keepsakes has built an international reputation with his aggressive and diverse sound palette.

We caught up with Keepsakes to chat about how ‘Club Rats’ came together, his recent Nepotism Vision EP as well as his production process.

Kia Ora! Congrats on taking out the top spot on this week’s Te Ahi Top 10 with your track Club Rats. For those who don’t know, could you tell us a little about yourself?

Hey! Thanks for having me and thanks to your listeners for voting for the track!

I’m Keepsakes and I’ve been producing and DJing nasty, scary techno for the past 8 years, though I’ve been a life-long (anti-) musician and have dabbled in electronic music production since I was 13. In that time I’ve been fortunate enough to work with a range of leading labels in that world – including South London Analogue Material, Perc Trax, Mord, Mindcut, and more – as well as regularly DJing many of the top techno clubs internationally during my tours and time living in Berlin. Locations like Tresor, Griessmuehle, Rote Sonne, Corsica Studios and others have been host to many a set over the past few years!

I also run the record label and party series HAVEN, and have been lucky enough to work with quite a few leading artists in the 3-4 years we’ve been releasing records – including VTSS, Tommy Holohan, Peder Mannerfelt, Ryan James Ford, Body Beat Ritual, and many more.

Now I’m based here in Ōtautahi and I’m super excited to work on developing that sound a bit more both here and across Aotearoa in the coming years!

Club Rats features quite a grainy and distorted vibe. Can you tell us the idea you were trying to capture with the song?

It’s an open secret that the general music industry is utterly corrupt, in both a creative and material sense, and club/dance music is one of the more corrupt sides of it. Many fans of the techno scene in Europe wouldn’t believe quite how manufactured and inorganic the whole thing can be over there – in a lot of ways many of the biggest commercial successes are very much chosen and curated by powerful and connected industry figures and pushed in pretty dishonest and underhand ways. Many so-called producers barely even have a hand in writing their own music too. On top of it, the whole thing is completely distorted by social media these days, to the point that the biggest factor in many artists’ success is their Instagram rather than the quality of their art. And it’s not just a thing in the European scene either – I see plenty of DJs here that also follow these patterns with little to offer artistically.

This is the backdrop that inspired both the title and the grainy, distorted vibe of Club Rats – so much of the music scene feels like rats scrambling by whatever means necessary to grab what little crumbs they can falling off the industry pie. All my music generally has a vein of acerbic cynicism running through it which evidently seems to come across in my sound design.

The track has an aggressive sound to it with granular synths and crunchy distortion. How do you select what sounds to use in your songs? Do you know exactly what you need or play around with different ideas?

I spend a lot of time focusing just on sound design. I’ll spend weeks working on programming new synthesiser patches, digging for unique samples to use, or just experimenting to see how far I can push a piece of gear in order to come up with a sonic universe that is uniquely my own. When people tell me they find my music distinctive in that way I take it as the biggest compliment.

So I do spend a lot of time playing around before I get into writing a track, and I usually find the more preparation I do the easier it is to eventually construct a full song. I’ll usually have some sort of idea of how I want certain aspects of the track to sound before I start writing it, but I also let a lot of things try and fall into place organically too. But really the process can be pretty different track-to-track.

Tell us about your overall production process? How did you go about putting Club Rats together?

I usually start with the drums and try and get a solid beat with a few different variations rolling before anything else, and Club Rats was no different. After that was done, I added the rave stab sound which gave me the basic loop for the track. At this point I started to arrange it – adding the creepy high-pitched pad sound you hear right at the start and the ‘AHH WHAT’ vocal hit to help keep everything moving.

About halfway through making this one I hit a bit of a brick wall and wasn’t sure where to take it after the breakdown. At this point, I eventually added that mid-range synth sound that sounds kind of like a percussion sound, which was the missing ingredient the track needed – it made the beat glue together that much more, gave some wild screeching in the breakdown, and gave something else to automate to give the track that much more life as it went on. This was one of those occasions where I had to do a bit of sound design in the middle of writing the track as I didn’t have anything to hand I’d made already that fit.

Club Rats features on your recently released EP Nepotism Vision, can you tell us more about that project?

Nepotism Vision is the first full EP of tracks released from when lockdown first hit in Europe back in March 2020 – I’ve actually written a ridiculous amount of music over the past year-and-a-half and this is only the start of it. It’s taking a very long time for everything to come out as vinyl pressing times are at a minimum of a 6-month turnaround right now.

The idea behind this EP was primarily to make some heavy dance-floor focused bangers with my usual distorted and crunchy ingredients – techno is music with a specific function after all. But conceptually the idea for the record arose from a multitude of places, from my view of the music industry, right through to politics and my general philosophy around human behaviour and why it ultimately holds us back. Nepotistic behaviours so often ensure the most incompetent and inconsiderate people find themselves in powerful and influential positions – to a certain extent I’m not sure meritocracy exists at all in many areas of life – and this has made life undoubtedly worse for everyone else.

The EP was released via the South London Analogue Material, can you tell us about your relationship with that label?

Ansome and Ossian, who run the label, were two of the first people I met in the European techno scene when I first started to get a bit more international recognition around 2015-2016. After doing a couple of smaller digital-only EPs that got quite a bit of play amongst the DJ circuit over there those guys hit me up and asked if I’d like to do my debut vinyl release with them in 2016.

Shortly after I went on my first European tour and finally met those two alongside the rest of the original S.L.A.M. crew – Ayarcana, 138, Myler. We’ve had a ton of fun together over the years at label showcases and hanging out in Berlin, and they did so much for me early on in bringing me into the fold and helping get my name out there.

The EP features gritty hard-hitting slices of techno all with infectious upbeat energy. Were you making these songs with a live audience in mind at all?

As I mentioned earlier techno is generally music with a specific function – to make people dance – so I definitely had the live impact in mind when I wrote them, even though clubs were closed when they were made. We had no idea how long that would be for though, many people in the scene thought this would all blow over by September 2020 when it first started!

But at the same time, I do generally hope that these tracks would stand out outside of the club context too. I put in a lot of effort to try and keep the tracks interesting and varied with lots of weird sound design moments here-and-there, so I guess in a way I do try to appeal to both contexts in my music.

Next year is looking to be a very busy one as long as Covid doesn’t scupper any of my plans!

I’ll be heading into the year with a fairly busy summer season, with Twisted Frequency and Nest Fest festivals already announced and a couple more confirmed that I can’t talk about quite yet. On top of that, we’re planning some HAVEN club nights in both Ōtautahi and Tāmaki in late January, and I’ll have cancelled bookings both here and in Australia from the past few months being rearranged soon. I’m also starting a new club night in Ōtautahi alongside my good friend and local legend Ebb called RUIN, which should also be finally launching in early 2022 after being pushed back due to the lockdown.

Beyond that, I’m also aiming to go on tour in Europe for a few months over the summer in the Northern hemisphere which my booking agent and I are working on right now. Plus I’ve got another EP coming on HAVEN in the first half of 2022, as well as appearances on VA compilations coming on some pretty amazing labels. I’ve also got at least two new aliases I’ve been working on hopefully launching next year – one has already been signed to a cool UK label for release in the middle of 2022, while the other collaborative project with my friend Henry (of DOG Power fame) has only recently gotten to the point where we’re thinking about sending out some demos to labels. Keep watch as it’s looking to be a hectic year!

You can take a listen to Club Rats below.

As well as the full EP. 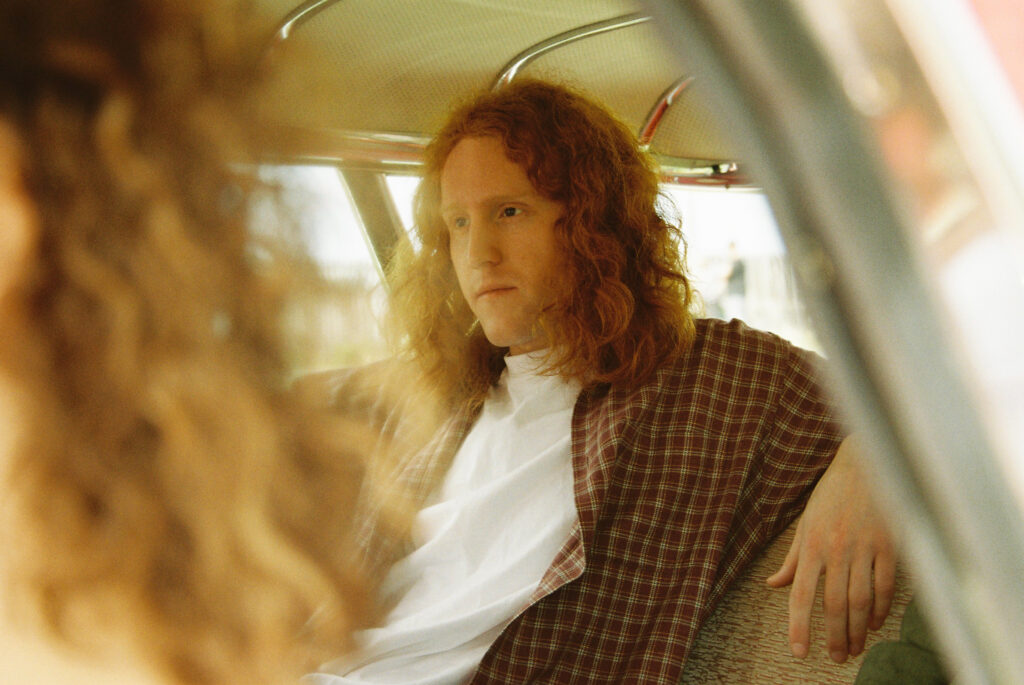