In celebration of NZ Music Month, RDU 98.5FM presents Now That’s What I Call RDU, a live podcast series taking place on ‘The Morning After’ breakfast show throughout the month of May.

Mike O’Connell, gig-goer, music lover & RDU listener joined us to chat about the social, political and musical climate of the 1980s in Christchurch. They also touch on music discovery of the time, much-visited music venues, and a typical night out.

If I could just quote on this, Bruce Russell, who is also very well known around the tracks, with The Dead C and his solo stuff. Back then he said when explaining the musical response to the economic and political situation; “(It’s) a psychic discharge of pent up frustration and inchoate rage. The people making it were fed up with doing what was expected of them by a narrowminded and conformity-mad society of people that presented as wowsers and drank like navies.”

Angels in Silence –The Wastrels

Mike Williams, present-day RDU show host of Soundcheck Radio, 80s record shop employee & musician joined ‘The Morning After’ to learn about the sounds consumed by university students, music as a career path (or not) back in the 1980s, music discovery and recording.

We didn’t have terms like indie, vintage or retro at that time. No, definitely not. The university bookshop was significant because of Tony Peake, who imported significant amounts of records. That was the only place that it was a hang, it was where you would go to meet people and hear the latest tunes. Either that or peoples living rooms.

Nick the Stripper – The Birthday Party

Jay Clarkson, guitarist, singer and songwriter, who was a member of various Christchurch bands in the 80s including They Were Expendable, Breathing Cage (featured image) and The Playthings jumped on the phone with Ben and Josh to discuss the contrasts between the 80s and now, iconic music venues, and what the city was like during the time period.

The wonderful thing was, that there was so much good music that was happening around then. So many bands, writing their own stuff, and also the pubs were packed. People were ready, punters were ready to come out and hear original music. That’s what it seemed like.

That’s What Your Friends Are For – Mainly Spaniards

Anyone Else Would – The Double Happies

Greig Bainbridge, RDU show host of The Demo Crew, UC alumni & musician looked at what broadcasting on RDU 98.5FM was like in the 80s, recording music and touring, and university orientation.

They used to have these things called drinking horns, which were huge drinking competitions that used to get played out in teams in what used to be the amphitheatre by the river. They ended up obviously getting canned. So the drinking culture has not changed that much in regards to orientation, I believe. Although, I haven’t been to an orientation in quite a number of years now.

Point That Thing Somewhere Else – The Clean

Katy Yiakmis, RDU Co-Station Manager, newsreader and breakfast show host in the 1980s caught up with Ben and Josh to revisit the memories of a being student visiting the university record store, hosting shows on air and being a part of the RDU 98.5FM community.

It’s been amazing actually going through and just trying to remember it all. It was a really long time ago now and it’s been a real trip down memory lane. At first, it seemed like it was kind of going down a dark tunnel, but then the more I thought about it the more exciting and a little bit revolutionary the time seemed. The music was really exciting, quite a key time.

Isol – Marie and the Atom

Spik and Span – The Gordons 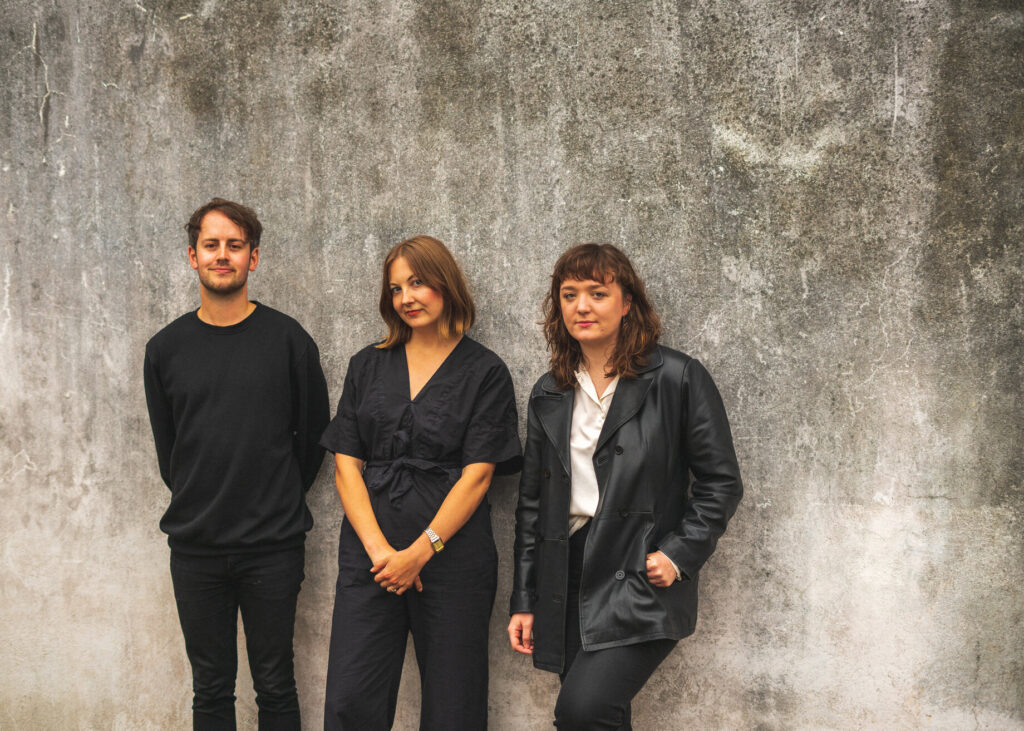