Dan Stewart reports… It’s been a couple of months since Rhythm & Alps already, and that says enough about how fast summer goes by…

The feeling of walking into a woolshed on a farm in the Cardrona Valley is still present though. Being the first large scale Music Festival I’d attended in a long time, there was a novelty element to just being there, which heightened every single aspect; from the coffee, to the sunshine, the music, to the lighting, the performing dancers, to the projections on the face of a 10 metre high Buddha’s face with a DJ booth as it’s mouth. Outrageous…

This special feeling was only exaggerated as a result of the line up being filled with Ōtautahi artists. From first time performers like Kravis & Foxtrot, to familiar faces dominating the scene, like Paige Julia & Azifm. There was a lot to look forward to, and a lot to be inspired by. I was itching…

The festival started with pretty much perfection – Notion Touring hosting the campsite stage, displaying epic programming & progression throughout the night. Hanging out in the sun with a crew for Beccie B, Finn & Bomb Dylan, progressing as the sun went down for Nice Girl & Eden Burns, and finishing with a 1 hour journey through the electronic spectrum from Azifm. A simple result of Finn & James’ experience & expertise!

Started with a swim in lake Wanaka & a few hours of high speed admin at a cafe in Wanaka. The sun was shining and the energy was high. We had a big day ahead, with the festival in full operation & a 5am finish ahead…

Fran Scrimegour continues… The final day of R&A. It’s too early and I flop out of Dan’s van and plonk myself on the grass. My clutter and bags are piled up next to me. Dan unfortunately has a mission of a drive up to Christchurch and leaves me star-fished on the grass in the middle of the van convoy. I’ll take the story from here. Perfect.

Quick side note for you the reader, I’m a festival photographer. I probably saw you in the crowd – I probably took a photo of you with your hands up looking hectic. Okay, the last day of R&A, the final festival of a messy music year that was 2021. There was only one thing to do that day and it’s best described in the bible … “and on the third day we rose with the intention of getting absolutely stupidly stoked.” We take our daily cold plunge in the lake, blasting away any dust the previous night may have left. We fill up the coffee tank with 91 unleaded (yeah half a tank will do sir), and I follow my ears out to the stages.

Log Cabin with Harry Charles on the decks kicked off the day. Drawing on the dense and downtempo music scene in Berlin, Harry’s music offers a refreshing change to the D&B sheep culture of NZ. He’s got a beautiful ability to build tension in his music – it swells like oxygenated lungs before expelling the sound out through your limbs. It’s music to dance to. It’s music that pours into you. I perched on a landing to photograph the crowd from a birds eye view. I watched a group of stiff Hawaiian shirt-clad lads enter the cabin, awkward and bumbling. The lads stayed, and slowly their grins grew and limbs became loose. Harry the Pied Piper of the Hawaiian shirt lads. The night before he played a mellow mosey set in the Chill Zone where his younger brother debutted on the mic. Today’s set is more electric and from my perch I watched a new garish crew push through the entrance, entranced. Arms rose, knees bounced. Everything in its right place.

Through the looking glass of my long lens, I spied Beccie B on the Sonarchy stage, absolutely ripping up the crowd from the buddha’s mouth. I always try to get a shot of the DJ from the back of the mosh – outstretched hands, with the stage lights on full beam. There’s a lot of moving parts for a cool shot like that, and in Beccie’s set the crowd was hectic! Hailing from Ōtautahi where she’s a staple performer at Flux and Hide, I was stoked to see her elevated on a big stage. Like 95 Premium in a thirsty engine, this is exactly what the crowd needed before the sun went down. Transfixed by the bouncing beats of Beccie’s set and the aerobatics on stage, the audience was captivated. A few days earlier I had photographed Beccie at Hidden Lakes festy (Hagley Park) in a downpour, beyond impressed by her optimistic energy she threw out into the mosh despite the weather. From the Buddha’s head, she dominated the stage once again and her energy proved infectious.

Getting up to a little tomfoolery I scampered up the hill looking out over the stage and campsite. Jesus. This was the spot. Life is best served high on top of a hill, watching Fat Freddy’s as the sun goes down in front of New Zealand’s biggest New Years festival. Golden glow. Stage glow. Sunburnt skin glow (oops). God is a good chef and that view was a damn perfect plate. Ahhhh Fat Freddy’s are so damn criminally good. Surely I don’t need to describe Fat Freddy’s sound because you can already hear it can’t you? It sounds exactly like summer should. Familiar, layered, biiiiig and beautiful. Joe Dukie’s voice soared up above the band and hit me like hope, perhaps next year will be better eh? About 100m further up the hill, a dude was setting up fireworks. He stared at me and I took that as a cue for “get out of my way you pest.” I ran down the hill and back into the mosh where I tucked in close to friends for the New Years countdown.

Every festy has a low point. Mine hit like a milk tanker into a possum. It was 4am and I was sitting backstage with R&A organisers, big dogs and an assortment of people I should have recognised. There were warm introductions and contagious smiles. There was a nod of appreciation at how Tiki Taane has performed at R&A every year since god knows when. There’s a collective irritation at the covid situation impacting the music industry world wide. There’s a sigh of relief from the organisers on completing a job well done. I desperately wanted to contribute something witty and intelligent … except I was roadkill. Squashed and speechless after four full days of photographing on the festival circuit. I just sat infront of the furnace heater rotisserie cooking myself watching conversations unfurl. This low point was actually quite pleasant, what are you complaining about?

Writing this in February, looking back at RnA, we were so flipping stoked to have squeezed in that golden festy. A warm sincere thank you to RDU 98.5FM and Rhythm and Alps for giving me access to photograph this festival that’ll go down in the history books for being outrageously lucky. 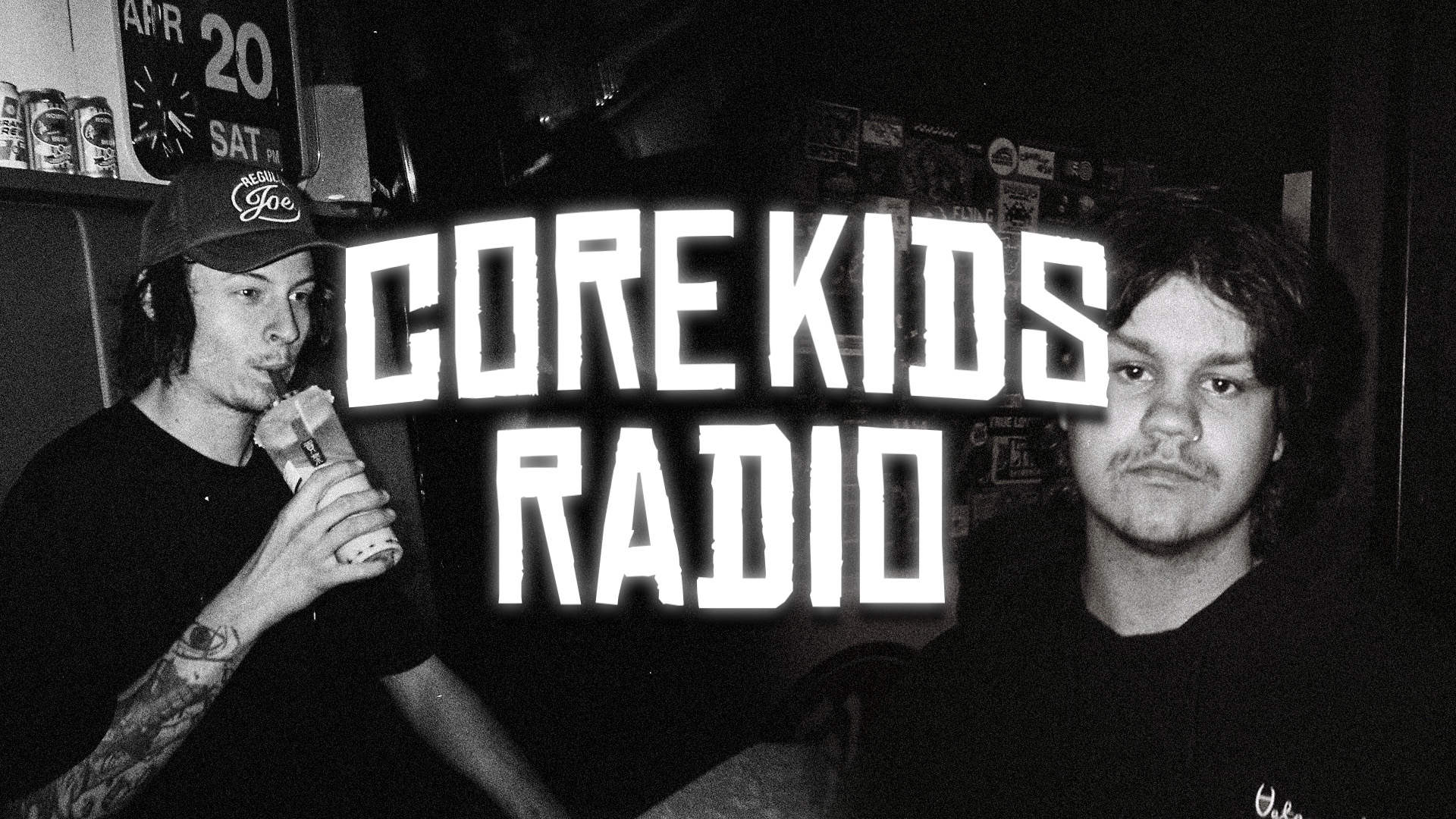 Core Kids Radio brings you the very best tunes. Hardcore adjacent to 80s classics, and everything in between from Aotearoa and across the globe. Join [...] 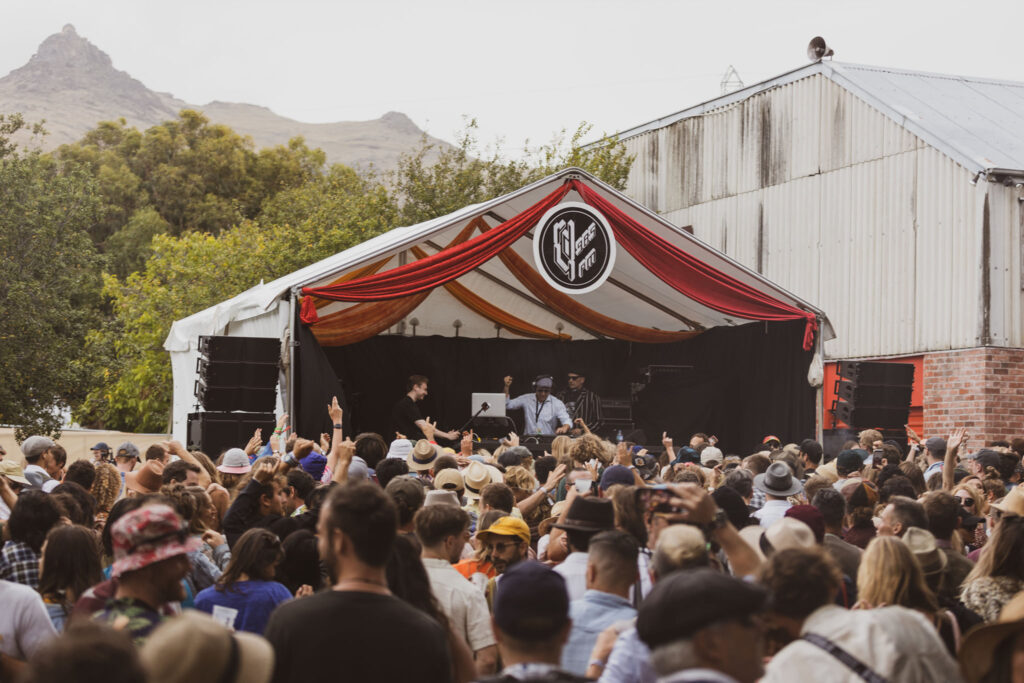