From bell-bottom jeans to stick-on stars, There’s A Tuesday is the perfect blend of alternative indie and the new age sleepy sounds of Sleeping At Last. The Christchurch band kicked off the first leg of their first headline tour on Friday 11th December at Blue Smoke on a small stage decorated with art decals designed by local artists with a pushy, yet personal crowd. They were able to transport the audience with their music through their passion, energy and their very wholesome friendship.

In a previously predominantly male industry (yes – I’m looking at you Homegrown) new kids on the block, There’s A Tuesday are a breath of fresh air, ready to take on the summer festival season with their two front-women, Minnie and Nat, both on vocals and guitar. From dreamy harmonies to ethereal guitar strokes, the 2019 Smokefree Rockfest winners bring to the stage a well-rounded group, who clearly love to have fun, get people dancing and share their music.

It’s obvious to the audience that Nat and Minnie have a close friendship. Their on stage dynamic with Angus (drums) and Joel (bass), adds even more personality to the performance. Welcoming the audience into their tight-knit group to hang out and have a blast with them while they played some tunes.

The energetic performance provided the perfect dance mood for their songs, Piñata Head and FOMO for their dedicated fans and their more toned-down performances of Nightmare and North Wing could’ve brought a tear to one’s eye.

Nightmare got special treatment as the crowd was invited to sit down with the band, take a break and listen to the music, which we all did with welcome arms. The Sound of the Stars took people to space with an ethereal sound and Amsterdam was a spectacular end with Nat absolutely rocking the stage with her energy and dancing.

After a tough year, it’s great to see a young band emerged victoriously with their debut EP, Dance With Me Before We Cry, their own headline tour and a festival line up young kiwi bands dream of, There’s A Tuesday is going to be the band to watch in the coming years.

Love going to gigs and want to share your opinions? Get in contact with the team by email! We are always looking for content creators to join the team. 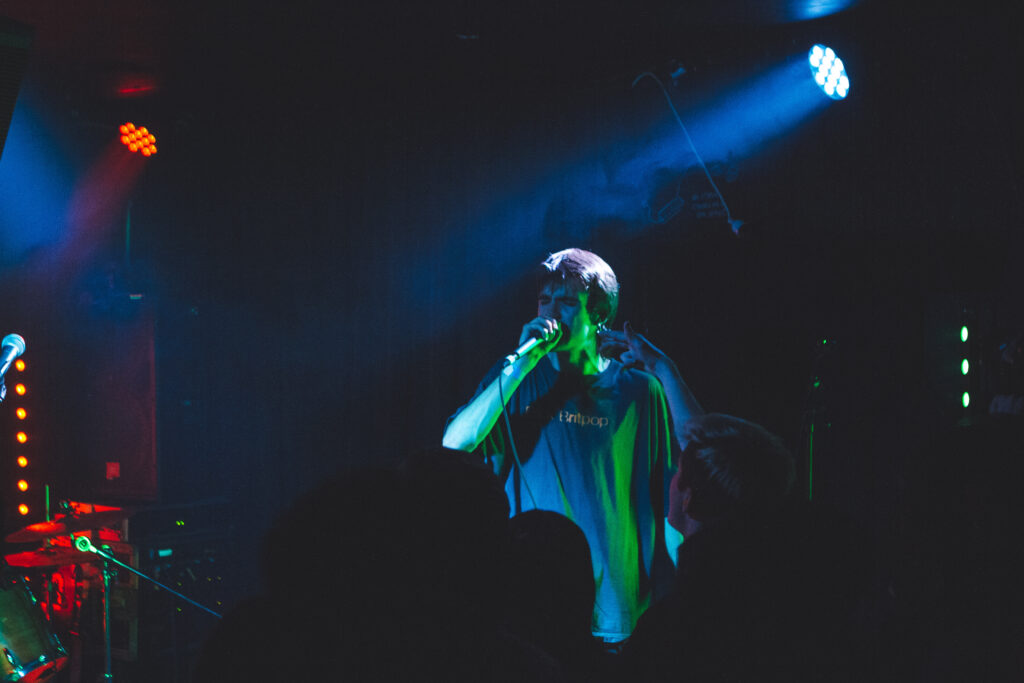